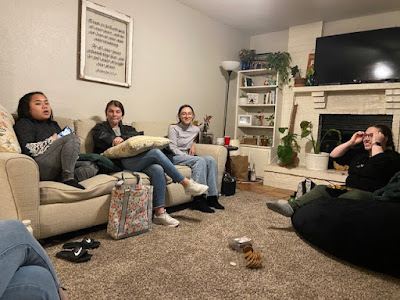 We are officially in the holiday season! For me, thanksgiving is the threshold we have to pass through for me to get into this season (and yes, that does mean I do not like Christmas music before Thanksgiving). I hope everyone had a great Thanksgiving!! 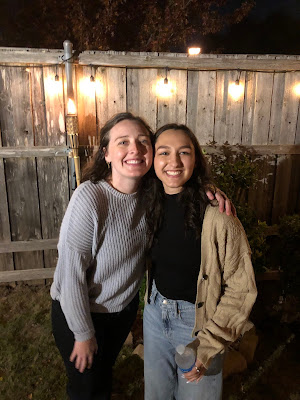 On the theme of thankfulness, I want to share about a student I have been meeting with. Her name is Ana! The story of how we met is such a God deal to me. Basically, Graham and I were invited to a luncheon for a non-profit that his dear family friends are a part of. After the presentation, we were mingling and sharing how we work as campus missionaries at UTA. The group we were talking to immediately mentioned that one of the employees has a daughter at UTA. I went up to Ana’s mom and she excitedly gave me her daughter’s number. As a person who has worked freshman orientations, I have seen the excited parent before who wants their child involved in ministry. The big question in my head was does your daughter want that too. I promised as we left that I would reach out and by the end of the day, Ana was invited to my small group.

Ana showed up that next Sunday when we meet which I thought was so brave considering it was almost the middle of the semester. She has been a faithful attendee since. Where Ana shines to me is in our one-on-one study. She has easily become one of my friends. She comes to our times together with an inquisitive attitude and is easy to talk with. Pray for her as she finishes out her classes. She is an engineering student who is adjusting to the difficult classes still. Pray for her faith as she grows into the women God wants her to be. Pray she can boldly share her faith in all areas of her life.

The photo above is from Ana’s birthday party. From Ana’s story, I feel like God is teaching me how much parents can influence one’s faith story. I am thankful for her mother being a connecting piece for her to be involved. She advocated for her daughter to be in spiritual community. This is a really special lesson to see lived out. 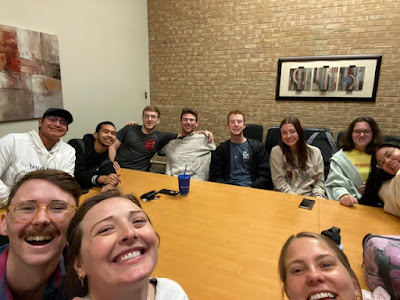 Another thing I am thankful for is our TCC core. It has been really special watching something grow from the ground up. I have been blown away at how much these students want to be in community. Ever since the fall festival, we have had consistent ten coming. We went from a consistent three to ten. That's huge. I am excited for what God is doing on that campus.

To close, I wanted to share about a resource I love during this season. I have been doing the Biola Advent Project for several years now. It has been such a joy to receive the daily emails they send out. Basically, the project is a collection of devotionals from the Biola University staff. They weave together scripture and art in each devotional as they reflect on Jesus, Christmas and all the themes surrounding this time of year. Check it out: (https://ccca.biola.edu/advent/2021/#)

The poems each year stretch me. I’m not naturally a poet or a person that appreciates that form of literature. Recently, there was a poem about God that I found meaningful. I thought I’d end with that. It captives how hard it is to adequately explain or even comprehend God and all his glory. He really is that good. I am praying for you and your holiday season. Thank you for your prayers for me this semester. Keep praying that the Lord will use us at UTA.

by Mechtild of Magdeburg

Of all that God has shown me

I can speak just the smallest word,

Not more than a honey bee

Takes on his foot

From an overspilling jar. 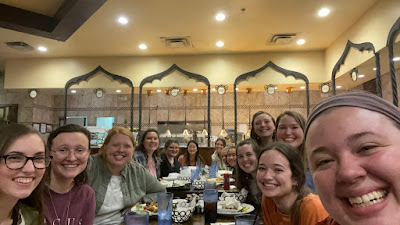 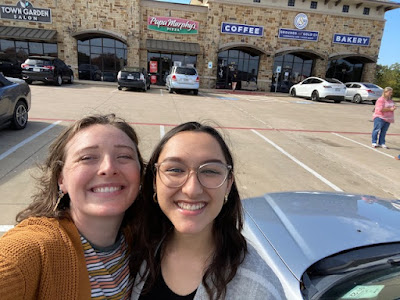 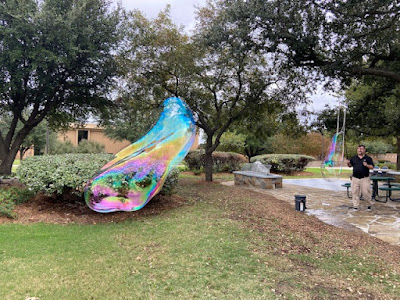 This is a photo of a man blowing GIANT bubbles at TCC. This is one of the funny odd things I saw this semester.

Popular posts from this blog

August 06, 2021
This update is full of prayer requests and news! Let’s get started.  I just got back from our summer staff retreat with our entire staff team. One of the key parts I want to underline is: we have not had our entire staff together on a retreat since my apprentice year. Our staff has boomed in size because we are taking on nineteen apprentices this year. Nineteen. It’s exciting to experience a surge of new people and to see our team grow. I had a strange moment during the retreat where I realized some of these apprentices were students when I started back in 2018. Now, I get to partner with them in reaching our campuses this fall. I guess that’s what happens the longer you work at a place.  One of the most exciting updates I have is that we will be pioneering five new campuses this fall. Each team is focusing on a different campus. One thing that has blown me away during my time in FOCUS is how the Lord has worked on community college campuses. I remember visiting a Collin College serv
1 comment
Read more

February 01, 2022
Hello again! It’s time for an update. This month is packed with ministry goodness; let’s hop in.  January is all about our annual winter camp and school starting. I thought this month would be a little slow due to school being online for the first three weeks. Thankfully, I was wrong. Many of our students were in town despite the virtual schooling, we have been able to have our meeting in person on campus. This has created energy! With classes being online, our staff decided it would be a great idea to start the semester with an evangelism sermon series. We are wanting our students to grow in seeing their classroom as their mission field. Graham actually got to preach one of the messages! He casted a vision for us having the opportunity to bring little pockets of heaven to our world now. The idea is that we know Jesus and how he brings life. We have been given the same mission to bring life to our spheres. Pray that as classes go back in person our students will be bold! I found this
1 comment
Read more

November 07, 2021
November is my favorite month. I am excited for the leaves to change and for the weather to get colder. Students are counting down the days till they can go home for Thanksgiving break. I cannot believe there are 5 weeks left of the semester. Pray for our students as they prepare for tests. Anyways, let’s get this show going.  Ministry has taken a while this semester to settle for me. I am leading a small group at UTA and helping with TCC. I felt like the first two months were full of meeting people then October hit and I was left wondering how one person can hang out with all the people I’ve met. God has been bringing such neat people into my life this semester. My small group at UTA is going well. Our group consists of some ladies who are in their second or third year in our ministry mixed with new girls. So, our veteran members have been taking initiative to include the new ones. Sam and I have been thoughtful in considering what topics to talk about. There is an opportunity in o
Post a Comment
Read more