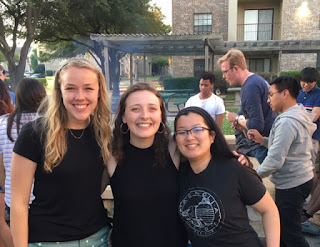 Happy May! Can you believe it?
We are so close to the end of the semester.
My apprenticeship is coming to an end.

I think now is the appropriate time to officially announce that I am staying on another year with FOCUS.
I will be moving out to University of Texas in Arlington in the fall. I am excited to serve at this new campus and join
into what God is doing there. Just begin praying for that transition over to a new town with new people.
I have already had the opportunity to meet some students from that community who have been
incredibly sweet and welcoming. Here’s a cool God thing: one of my friends from MSU is actually a part of UTA’s FOCUS.
Looks like God was already planting people in Arlington before I had even considering going there.
Below is a goofy photo of their leader team. Now, imagine me somewhere in this group. 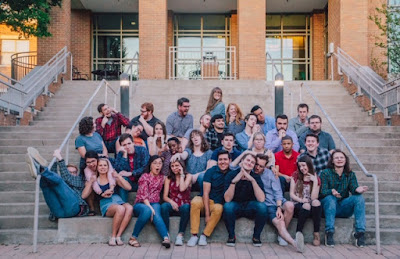 April went by so fast and I think this was because I was looking forward to Easter. Early on, I made plans to bring students home with me. I am so thankful I did. I was able to bring Sam and Jessica along to my home Easter service. Jessica had never celebrated Easter as someone trying to follow God. I mean, She had done an Easter egg hunt as a kid maybe once or twice. It was awesome being able to see her respond to the Easter message. At the end of the service we went to, there was confetti that came down. Jessica later told me she kept some confetti as a memento. Sam later told me that she felt more open to visiting a church back home. That's just a praise God kind of statement! Pray that Sam continues to grow. 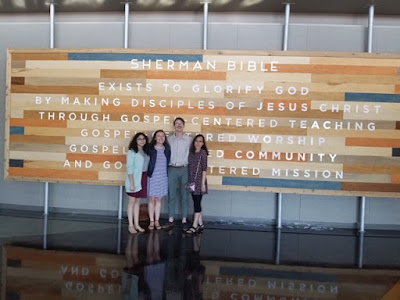 One of my favorite events from April was called “Rez Fair”. It was a big event to celebrate Easter where
all of the Christian ministries came together to pull it off. Each ministry ran a booth. We had henna, giant Jenga,
and booths full of snacks. There were two booths doing outreach centered around Jesus and his resurrection.
Rez Fair was special because we were able to do a large event focused on celebrating Jesus.
The area we held it in was right next to student union in the open. This spot gets a lot of traffic from
students going to class. We were able to bless students with snacks and tell them more about Easter.

My favorite part of Rez Fair was that there was live Christian music playing in the center of campus.
As the music was playing, I would go around with students and hand out candy. I had several conversations
about the music and how people were enjoyed it. What was encouraging was that a girl two weeks later came to
our Friday night service. She was not a Christian, but she came to our service to hear the worship music.
It’s small, friendly encounters like this that can open a door in the future. Who knows what God will do with that? 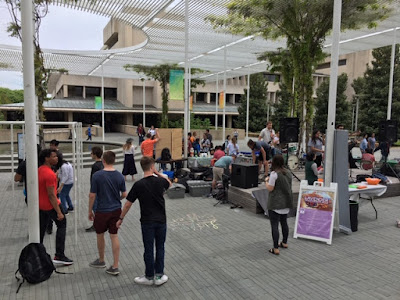 Thank you so much for your support and prayers!
Pray for our students as they enter into finals week.
Pray for Jessica to continue to seek God as she goes home for the summer.
Please pray for my move! I am moving out to Arlington June 1st. 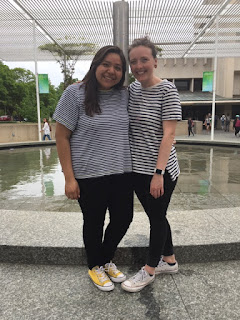 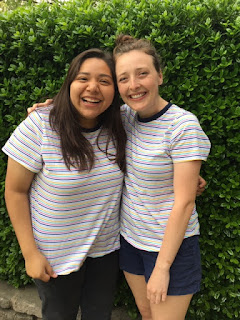 This is my sweet friend Andrea. We always end up wearing stripes on the same day. 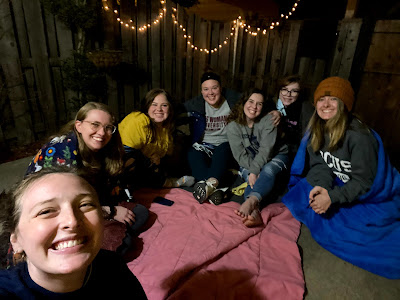 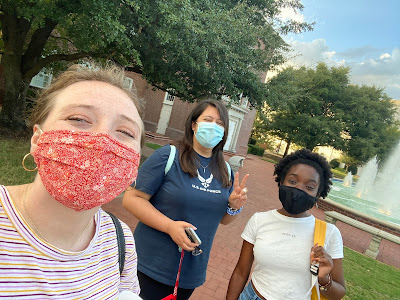